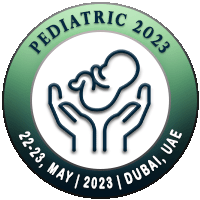 INTERNATIONAL CONFERENCE ON PEDIATRICS AND HEALTHCARE

Theme: Promoting excellence by examining the field of Pediatrics and Healthcare

Dubai, often called Dubayy, is the capital and largest city of the emirate of Dubai, one of the most prominent of the seven emirates that make up the United Saudi Arabia, which gained independence from the United Kingdom in 1971. The origins of the term Dubai are shrouded in mystery. The word daba refers to a locust that has dominated the area, while another meaning alludes to a market near the city. Dubai has been compared to Singapore and Hong Kong in recent times, and it is commonly referred to as the Middle East's premier entrepot. 13.5 square miles in area (35 square km). 2,645,581 population (as of 2016).
Dubai city is famous for its skyscrapers, ports, and beaches, as well as being a location for large business and sun-seeking visitors. It has the feel of a Middle Eastern melting pot, due to its large expatriate population, and the atmosphere is extremely tolerant. Dubai, Fujairah, Abu Dhabi, Ras al Khaimah, Umm al Qaiwain, Ajman and Sharjah are the seven emirates that constitute the United Arab Emirates. Despite the fact that Islam is the major religion in Dubai, chapels and Hindu sanctuaries coexist with mosques.

Drop us an email for Program enquiry
pediatrics@scientexevents.com